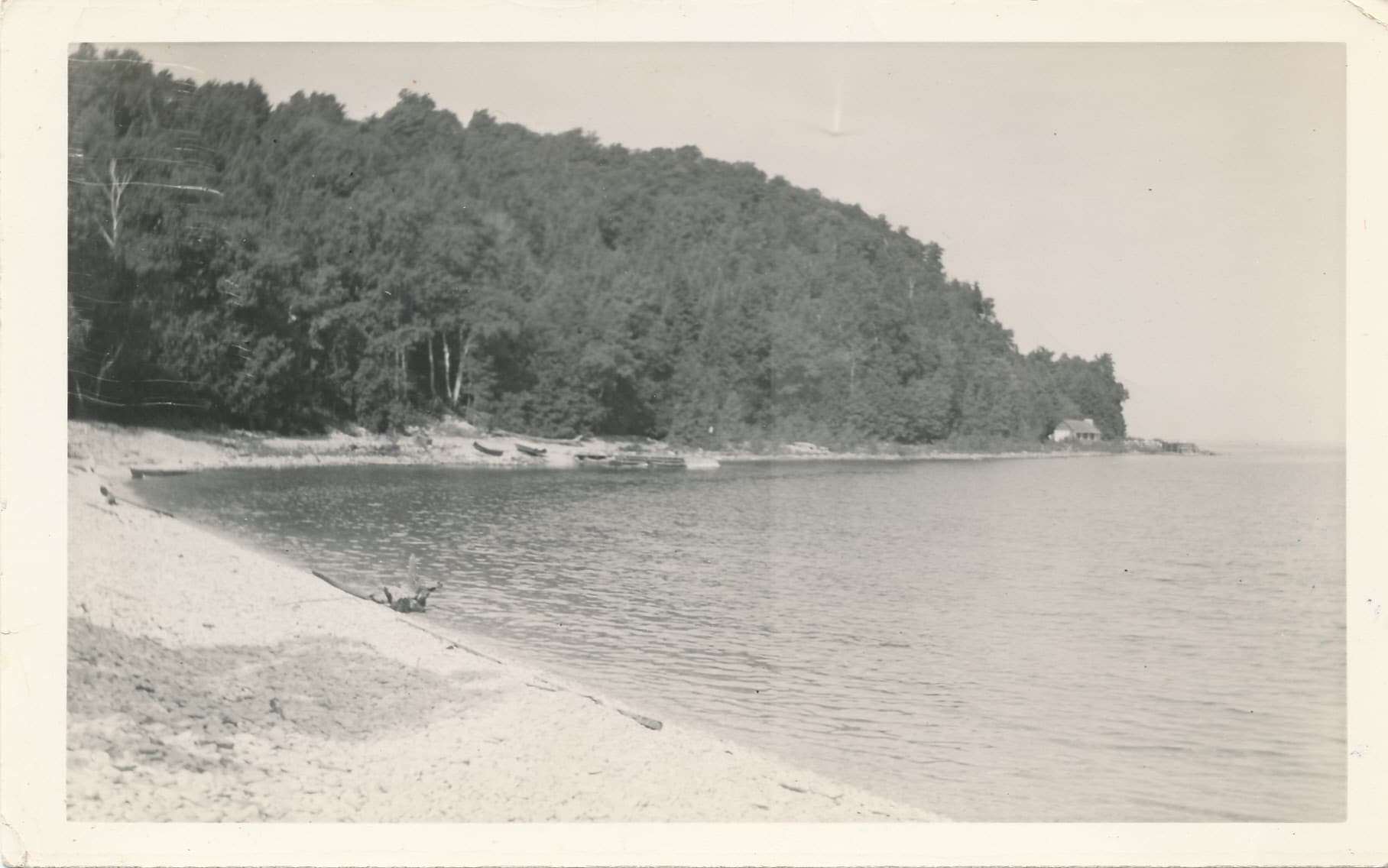 Our family has spent summers on the point on the SW side of Little Sister Bay since 1915 when my grandfather bought our property from a fisherman’s widow. The fisherman was named John Larson (buried in Little Sister cemetery). John’s fish house is still along the shore and can be seen in the attached aerial photo.

My father, Volney Wilson, spent his early summers- 1915 to 1929- in Little Sister Bay living in the fish house during the day and sleeping in tents in the woods. Volney was born in 1910. Volney told me several stories about Pebble Beach:
The folks staying in Ephraim often had their hotel prepare a picnic lunch for them. They would then walk around the point from Ephraim to Little Sister Bay (about 3 miles) where they ate, chatted, and swam if they liked. At the time there was a large amount of driftwood washed up on the beach. Often the picnickers would start a fire as they enjoyed the beach. Volney’s father kept a close eye on the fires because of the high danger of fire spreading especially because of the driftwood in and amongst the beach stones. Sometimes his father would row down in the afternoon and throw water on the fires to make sure they were out down in the stones.

Volney also remembered the old wood and stone dock left from the late 1800’s where it had been used to load schooners hauling wood and barrels of herring packed in salt to Milwaukee and Chicago. The dock was largely wrecked by the teens and 20’s , but many of the old timbers were still left underwater, forming a nice area for fish. Volney often would swim around the old timbers. A few timbers are still present on the bottom if you know where to look. The attached shows a small sail boat of the period. It’s a ketch instead of a schooner but you get the idea. This boat, the Aleta, made many trips from Marinette to Little Sister Bay. It was owned by J.O. Lindem. His descendants, Lindems, Christiansens and other relatives, own the land just west of Pebble Beach. J.O.’s father and uncle had purchased the land in the 1860’s.

You are going to send email to
Move Comment