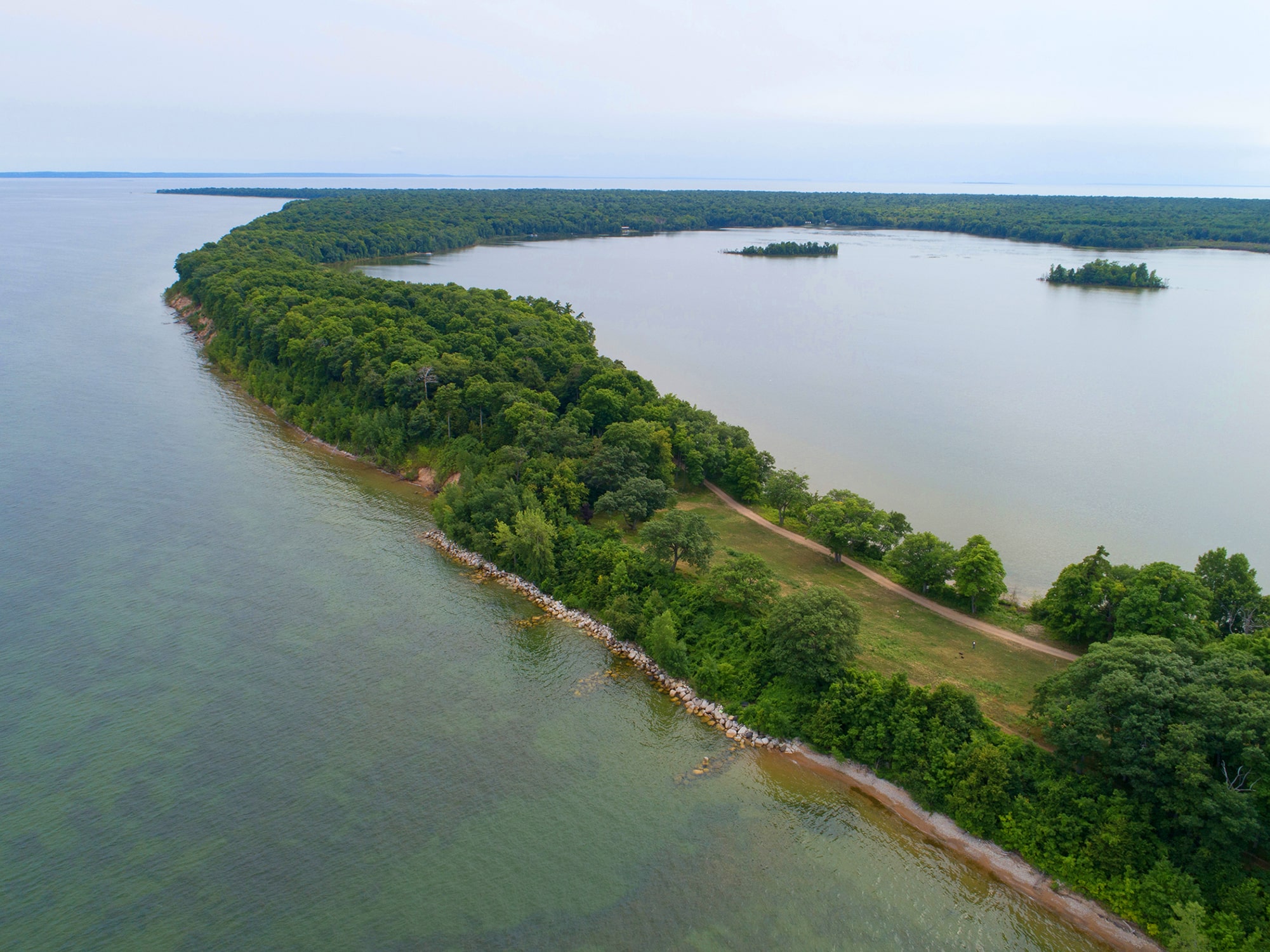 Through a generous outpouring of private donations from Chambers Island landowners, The Door County Land Trust has acquired a 22.75-acre ecological gem that fits perfectly into the original 830-acre plan for the Chambers Island Nature Preserve. Formerly part of the grounds that hosted the Green Bay Catholic Diocese Holy Name Retreat Center, the parcel is located between the island’s Lake Mackaysee and the bay of Green Bay. This isthmus extends land protection on Chambers Island while providing easy public access to the preserve property.

According to senior land protection manager, Terrie Cooper, the property will continue its legacy of bringing nature’s inspiration and solace to those who visit the Chambers Island Nature Preserve. “There is a stunning cathedral forest of red oaks, sugar maples, white pines, beech and hemlock—many over 150 years old,” she said.”

The fundraising efforts and donations of island landowners has been significant in acquiring not only the most recent acreage, but the 900 acres that make up the Chambers Island Nature Preserve overall. The preserve has been a decade-long project between islanders and the Door County Land Trust.

Composed of diverse ecosystems, the Chambers Island Nature preserve includes wetlands, forest, beach, ridge and swale, and lake habitats. It is home to a multitude of plant, animal, bird, and insect species—some of which are classified as Endangered, Threatened, or of Special Concern. Twenty-seven bird species are identified as Species of Greatest Conservation Need (based upon the Wisconsin Wildlife Action Plan). The recent land purchase provides critical wildlife and fishery habitat thanks to the Natural Resources Damage Assessment grant. The grant funding will help to offset the damage from PCB contamination in the Fox River and the bay of Green Bay.

Posted in Caring For The Land, Door County: A Place Like No Other, Home Page feeds, How We Save Land, In The News